Music, politics, movies, and philosophy - All Downhill covers all of this and more with the gleeful abandon of a bonfire in a library. Join hosts Patrick J. B. Simmons and Michael Patrick Little as they talk, argue, drink, tell jokes, and chat with occasional guests in a loosely formatted show which runs the gambit from serious to silly based entirely on their whims and the topic at hand. 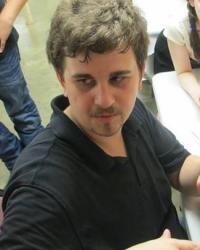 Self-proclaimed as a “total badass” and the “standard repository of all useless facts,” Michael Patrick Little is a father of one, a graduate of Ball State University, a music fanatic, and a horror film enthusiast. With a taste for Ugandan gin, spicy food, and Søren Kierkegaard, Mike has dabbled in everything from writing to soccer to competitive Team Fortress 2. During his day job he wears a suit, but at night he's in a heavy metal t-shirt and baseball cap. A native Hoosier, Catholic, and Conservative Rawlsian, when not recording All Downhill, Mike can be found listening to metal with his wife and daughter. 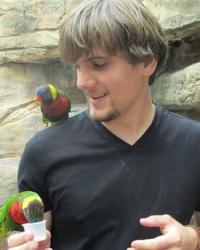 Described by friends as “sarcastic,” “sort of a dick,” and “a jerk,” Patrick J. B. Simmons is an Eagle Scout, web designer, and occasional dungeon master. Having spent his late teens and early 20's fumbling around in a swamp, Patrick has developed a deep distrust of mosquitoes, alligators, and Frank Lloyd Wright. Never one to say no to a glass of tea or a burger, Patrick also enjoys drone music, dark comedy, and skiing. Patrick has played piano, melodica, and clarinet on stage and a mobster on film. When not recording all Downhill, Patrick is usually reading books or yelling at his computer.